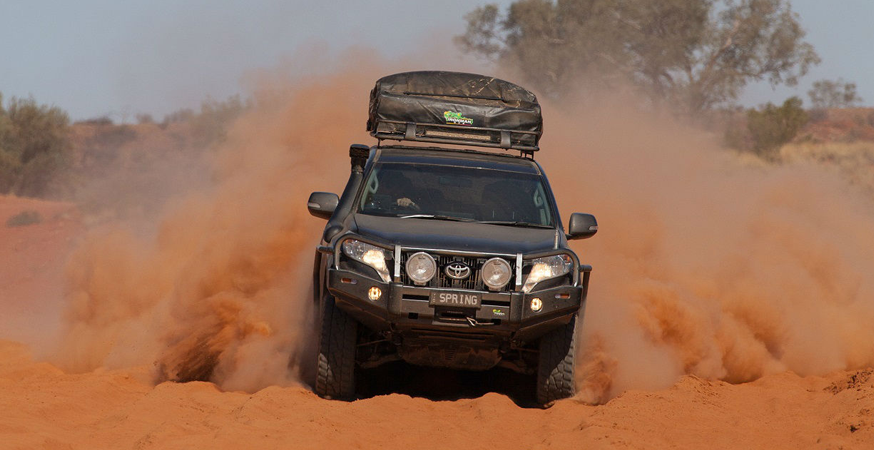 Satisfying the expectations of four wheel drivers from around the world requires a dynamic approach to product design. Ironman 4×4 invests considerable time and resources toward the development of all its products, and the new Foam Cell Pro shock absorbers are no exception. Utilizing state of the art equipment such as Motec Data Logging, Roehrig dynomometer, CAD design software and in-house prototyping, the Ironman 4×4 product engineers possess a relentless passion for performance. The Foam Cell Pro shock absorbers are a culmination of 56 years suspension experience and Ironman 4×4 have been producing Foam Cell shock absorbers for 15 of those years. We have a solid understanding of the benefits that Foam Cell technology can provide. Through the evolution of our work within the military and armoured vehicle sector we set about creating the largest, strongest and most robust production shock absorber available. Taking this approach and applying it to everyday vehicles makes perfect sense when you consider the punishment your 4×4`s suspension endures. We set out to investigate shock absorber temperatures and how they affect performance. Beginning with oscillation testing, we mounted a Foam Cell Pro shock absorber to the dyno, the objective of the test is to determine the performance degradation at set temperature intervals, measured using a mounted infared thermoprobe.

At 150 degrees the paint coating on the shocks body was becoming tactile. Small amounts of fade are beginning to be evident in the graph – to a point where it would be noticeable when driving. Taking the shock to 200 degrees is the point where some components of the shock will suffer accelerated wear and will be destructive over time. The risk of seal failures become heightened and for this reason ceased the testing at 150 degrees.

As shown in the dyno results, there isn’t any noticeable decrease in shock performance until they reach 130-150C. This provides a basis for real world testing – as unless the shocks are reaching 150C or more in the real world applications, there shouldn’t be any noticeable fade. Our second test involved comparing the rate of temperature increase by recording the length of time a shock absorber would reach a set temperature. As a basis for comparison we took an original (OEM) shock absorber together with Ironman`s Nitro Gas, Foam Cell and Foam Cell Pro shock absorbers. Oscillating the shock absorber at a rate comparable to high speed corrugations (0.6m/s) we further amplified the effect by not cooling the body surface with any passing airflow. The speed taken for the foot valve surface temperature to increase from 30 degrees C to 120 degrees C.   The results of this test show that the higher oil volumes of the larger bodied shock absorbers increased the length of time taken for the shock absorber to reach maximum temperature. The oil volume of a typical Ironman Nitro Gas shock absorber from the rear of a Nissan Navara contains 320ml of fluid, the Foam Cell equivalent contains 450ml, and the Foam Cell Pro a whopping 750ml.

Thousands of kilometers were put on the Foam Cell Pros during the initial development phase, but a more extreme environment was required for extended testing – local tracks weren’t going to cut it.

To properly test the shocks, they needed to be taken over the tracks that would work them as hard as possible and across a variety of different terrains. The Oodnadatta track (from Coober Pedy), up to the Finke race track (via Mt Dare) and then through the Simpson Desert and the Birdsville development road were selected.

Throughout the period of this testing, the ambient temperatures in the Simpson were 44 degrees C, with ground temperatures regularly sitting around 60 degrees C – trying conditions for both the vehicle and our staff. The vehicles taken were: These vehicles were chosen to give a cross section of some of the most popular vehicles on the market and provided some direct comparisons between different suspension setups. Coober Pedy to Oodnadatta Leaving Coober Pedy we hit the first of the gravel roads and fine corrugations. There was lots of high speed driving (110km/h) along this gravel road and the outer bodies of the shocks took plenty of rock blasts – stripping paint from the body of the shock and the axles of the vehicles – however the performance characteristics of the shocks weren’t challenged by these roads. Tracks around Mt Dare, past Hamilton Station, Eringa Station and Bloods CreekThe tracks around these areas were more demanding, they were still high speed, but with larger corrugations, deep floodways and large rocks both embedded and loose. There was enough undulation in these roads to get a vehicle airborne and force reduced speeds over rougher sections. We measured the elevated shock body temperatures at various stages through here – with the temperatures averaging 70-85 degrees C depending on the vehicle. We noted that the higher speed sections resulted in lower shock body temperatures – likely due to the increased airflow under the vehicle and around the shock bodies. Finke Race Course The race course sections involved slower speeds of 30-40km/h, but induced full stroke oscillations from the suspension. Thanks to the heavily undulating profile the race buggies chop into the earth, any speed beyond 45-50km/h would result in the vehicle leaving the surface in an uncontrollable rhythmic jounce. We’d expect that no vehicle in road trim would be capable of sustaining much higher speeds – only long travel competition style suspension would have the ability to isolate the body movements over this terrain. Over our testing on this section, the standard Ironman 4×4 Foam Cell shocks in the front of the Nissan Patrol reached 114C at the foot valve, whilst the same shock absorber (Foam Cell Pro design) in the Toyota 79 Series Dual Cab was only 95 degrees C by comparison – an almost 20 degree C difference. Mt Dare to Purnie Bore The track between Mt Dare and Purnie Bore was heavily corrugated, very rocky and rough, enough to snap 2 UHF aerials fitted to our vehicles. All vehicles again sustained heavy rock damage to the rear axle and shock bodies, the 3mm external wall thickness of the Foam Cell Pro shock absorbers withstood the larger impacts where the thinner walled bodies dented heavily. Shock body temperatures were consistently between 80-100 degrees C across the range of vehicles and shocks. The French Line (Simpson Desert) Within the sandier sections on the French Line, we came across a new variety of terrain that only a remote location like this could provide. Crossing the Simpson Desert involves traversing 1100 sand dunes, however these aren’t the main challenge for the suspension – instead it’s the hundreds of smaller ruts, and tramping mounds formed in the sand between each dune that really tests the vehicles and their suspension. These “tramping mounds” consist of largely spaced corrugations often 20-40cm from peak to trough generated by prior travellers in the soft sand. The best approach to this terrain is to travel at a speed high enough to skim over the tops of the bumps but still slow enough to avoid larger ruts and holes. More often than not, a slower speed is required, which is by far the most demanding on vehicles. The mix of slow undulations, tramping corrugations and full suspension stroke over these sections was the most variably taxing of all the terrains and is where we succeeded in generating our highest recorded temperatures of 104 degrees C in the Foam Cell Pro and 119 degrees C in the regular Foam Cells. Here it was the Prado 150 with the Foam Cell Pros and the Hilux with the equivalent strut in a standard Foam Cell that hit these max temperatures.

You`d be hard pressed to find road conditions tougher than those in the Simpson Desert not to mention the 40+ degree C ambient temperatures. Having worked the vehicles and their suspension to their limits in taxing conditions, at no point did the Foam Cells or Foam Cell Pros approach the 150 degree C temperature found to be the turning point for shock fade. None of the vehicles had any noticeable decrease in performance or shock fade, a great testament to Foam Cell shock absorbers.